Home - Education - Worth More Than

This story begins with the disco hall near my residence (residence because apartment is too generous and rental is too modest). It is 2AM in the morning and because it is a Public Holiday, the entire neighbourhood is treated to a generous supply of loud rocking music. The first time I noticed the disco hall was the Sunday I had just moved into my new place. I had fallen in love with it at first sight, but the thing about love at first sight is that you are normally blind to all its flaws. You only notice them once you have committed. I had paid 4 months worth of rent, so there was no turning back.

No, this story does not actually begin at the disco hall. It begins a long time ago; when women were taught to be good wives and men went out hunting. Time is moving as fast as a snail. I look at my phone clock and it is just 2:15 AM. When will the sun come out? I hear loud voices of half drunken men shouting at the DJ to “turn the replay”, and I think to myself, “Those are our husbands out there”. Those are the species that made my mother strike at me a few times. “How will you cook for your husband”? And lash out terrible words, “How will you keep a man if you cannot even keep your clothes in one place?”. Those were the ones, making uncivilised noise in the middle of the night when we were all trying to get rested so that we could face our work-desks the following day.

Listening to those lads, I couldn’t help but wonder what the male side is told about their own part of the bargain? Are they taught to be self-important and demanding; because there was a girl on the other side being taught to be respectful and helpful?

No. This story does not actually begin at this disco hall. Because outside the disco hall are the kind that are timid and weak. Cowardly and lazy. While women walked the streets, raising their voices at governments, schools and households to treat the girl child with more regard. While movements were set up, girls were upheld and women were given a voice, boys had no sense of direction; men were not taught to deal with the upcoming kind of women and so they cowered, and fiddled and left their duty stations.

Who cares about how a man grows? Who should care anyway? Who teaches the little boy that he will one day be a father? Who teaches the heady teenager that one day the girl of his dreams will look up to him, expecting answers and support? Who reminds the young man that even if she is a feminist, she is still waiting for him to hold her hand? If the women have been upheld, then the men should be taught how to approach them and deal with them in a respectful and loving manner. If the women have been given a voice, then the men should be taught how to listen without feeling insecure, and how to speak back without offending.

Why is this very important? Because whether we want to believe it or not, a family will remain the single most important unit of society. And for a very long time it will largely consist of man, wife and children. Whatever happens in that one unit eventually affects the general society. A bad day at home almost certainly leads to a bad absent-minded day at work. Children in a hostile or tensed home, many times become adults who create hostile and tense environments in their workplaces and communities.

Therefore as we uphold girls, give them voices and teach them to be good wives; may those who raise the boys teach them about their intrinsic worth, train them up as gentlemen, and show them how to be strong, but gracious husbands. 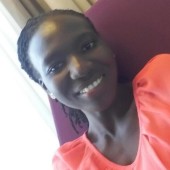 Thoughtful of you Eunice; the family is the most important unit, and everyone must pull their weight, in their place.

Thank you for this piece

Thank you Emma… I pray that we can raise amazing sons and daughters who will make a positive impact in our communities.

This is great stuff! It’s high time that someone reached out to the boy child.

Thanknyou Eunice.
Lovely message and a challenge to us the Fathers of Boy child. Many families have absentees Fathers as they keep “busy fending for the family” and a lot passes under their noses without a smell. By ther time they realize, it will be too late to.make amend as the Boys would have become Men.
We need to wake up as parents to take time and talk to our children atleast once a month on topical issues before they drift apart forever.
A great piece.

True. This is very important. Good children do not just appear at of thin air. They involve intentional work, mentorship and training.
Thank you for reading, Churchill

I enjoyed reading this article

Thank you very much Taku

This article is intriguing. I like that I can identify with it. It is powerful.

Let’s empower all ,I think focus has been soley on girl child

Hahaha…. Not as such. Every child deserves to be brought up right – whether male or female.