I learned about this word at a later time in life and the hard way. I had to learn and unlearn, learn and re-learn because nothing was picture perfect of how dictatorial, egoistic or very plain vain was in this one word. Being team positivity as the common narrative, I thought my brain was playing tricks on me, may be it was the issue with me of not buying into the idea of just being submissive to everything, and that was conflicting against me. But hey, my mind couldn’t just drift away. It couldn’t allow me, till I got some answers.

One glorious day on a weekend, as I was surfing the internet I stumbled upon one great read. It was a short story about a man that lived in ancient Greece, whose name was Narcissus. He was a hunter that lived by the river and one day as he was quenching his thirst at the river he caught his reflection in the process, and he fell in love with it. The man lived to repeatedly go to the same river just so he could catch a glimpse of his image and attributes. Narcissus’s self-admiration made him idol, and arrogant until one day he was old and perished.

This triggered me and my research. Something felt familiar and so my interest was captured. I was on the verge of getting to understand better the personality I tried so hard to understand to the point of giving up. Finally, I read more and more of the man from the west and what transpired. I came to find out that from his name came the term Narcissism, which means one with a personality through which one has an excessive admiration for themselves. Narcissists as they are called, is people with this kind of personality. They are people with intellect and trusted to hold high positions in leadership. But it is in the power situations that you can identify their narcissism – “when they have more”.

Remember, Narcissus was a hunter, he did not have followers nor subordinates but himself. That alone to say was proof that this personality was mostly his nature. My research went deeper and deeper as I wanted so badly to get to the bottom of this. I soon came across the symptoms, and they were interestingly shocking:

1. Narcissists lack relationship/ partnership skills: they are not team players since they don’t like to put into consideration the ideas of their partners.
According to these individuals, everyone is average and therefore illegible to contribute. They are obsessed with being the brain behind all the craft, it is so important that to defer with any concept might turn you into an open enemy.

2. They lack empathy and use people as stepping stones; Narcissists will do anything to lobby people into getting what they want, and once they get it, they discard them with no remorse whatsoever. This is because of the obsession of appearing self-made.

3. Narcissists are sadists by nature. Never happy for others, anything that sprouts before their sight is competition and nothing to pick a leaf from. In other words they are not learners.
In a spousal relationship, they will refuse to participate into celebrating an achievement that was not from their contribution, and therefore will play down the party and despise the cheerers.

4. A narcissist’s grandiose is so huge, they are threatened by anyone that possess superior skills, for instance, those of confidence and power. As whoever fits the criteria is regarded as a threat because of the phobia of losing the spotlight and irrelevance.

5. Due to their tale of self-importance, and tyranny, they want to be treated with applause whether deserving or not. Their ego is always yearning to be fed regularly. Interestingly, no amount of praise or submission suffices these type A individuals as they are also afflicted with emptiness as they are not givers but takers. Quoting, the bible Acts 20:35, There is more happiness in giving than in receiving.

6. Narcissists are bullies, they enjoy belittling and demeaning as a means to neutralize other people. They don’t feel safe around people that recognize their fantasy bubble. They will rage and halt insults, come up with anything that might defame their “once” colleague of partner as a blind fold or cover up around those who haven’t yet mastered the art behind this awful personality. These people are too smart to smell tension around them, which makes me think they know they have most of these toxic traits and what goes on after the finding, I can’t tell, may be not now!

Dear reader, do you have narcissus in your life? A narcissistic friend/wife/ husband that has bruised your emotions? Are you trying to fix them? Save your energy. Narcissists live among us. I didn’t succeed in my hunt for the effective ways of living with a narcissist, I rehashed over and over again and all I got was… SCREAM FOR HELP and MOVE ON.

Disclaimer: All authors are encouraged to cite any references they may use, I’ve discussed this with the author of this piece, and they are declaring no citations. 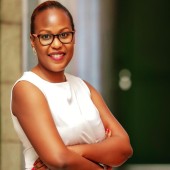 They come in different forms and are huge in gaslighting others, after reading this I went to research to see if my speculations were right, and funny enough they are variants to this personality disorder lol, They are categorized into 3 major types (Classic, Malignant, Vulnerable narcissists) and these lead to two other categories of sub-types wow let me just stop there it’s never-ending with them lol, nicely written

@Nadjath.you know what we are talking about!! Thank you for the time