Black Lives Matter – A Story of The Unprivileged

Black Lives Matter – A Story of The Unprivileged

June, what a month! News has been filled with images of marches worldwide, toppling of statues, discussions on subtle racism…Meanwhile, somewhere in Africa we look on and wonder how movements like Black Lives Matter really mean for us? Perhaps, it’s just me. However, I wonder what it really means for the little boy running barefoot in a local township in Harare or Kinshasa where they have never encountered a white man except when they zoom past their streets or come and give them aid. I wonder what the movement means for the pubescent rural girl who has to work in tobacco fields under the scorching sun to earn a meager wage to feed her siblings and her grandmother. I wonder what it means for the young man looking for a job in Kitwe or Lagos, but can not get it because he isn’t well connected or doesn’t have money to pay for the connection.

I was very fascinated by the video I watched as they toppled down a statue of some slave owner in Bristol, his name is not worth mentioning. It got me thinking, am I not a statue of oppression in someone else’s life? Am I not oppressing the rights and freedoms of my fellow landsman because the current system is benefiting me? Am I not a white woman in rich brown skin? (I don’t like calling myself black – because my skin is not black) Maybe I have lost you there, but just stay with me. A few weeks ago, I started watching a documentary series by Zenaib Badawi on BBC Africa on the General History of Africa. It’s a riveting watch and a highly recommended “Must see”. The African kingdoms that have risen and fallen on this continent, make Wakanda the fictional African State in Black Panther look like child’s play. We have such a rich heritage and history that was whitewashed after colonialization. The colonial system stripped away our individuality, boxed our culture, what was native became vernacular and inappropriate for formal engagements. When Africa liberated herself we adopted the colonial systems and rebranded them as African States. What was Rhodesia became Zimbabwe, but instead of tearing down the oppressive systems we pulled down statues and replaced our colonial masters with new masters that were brown skinned and looked like you and I.

What does this have to do with the Black Lives Movement? I had the privilege of managing my family owned farm, in the central Eastern parts of Zimbabwe. If you are not familiar with the story of land in Zimbabwe, after independence, land was taken from the whites and distributed amongst the black Zimbabweans. We all ululated the move however, only a select few got land which created a system of the haves and the have-nots. A system were the minority lord over the majority, whether intentional or not. I wasn’t aware of this system, until my farm workers started calling me “murungu”, which is the colloquial term for boss but the direct Shona to English translation means “white person”. Just by being born into the right family, I was now a black ‘white’ woman in Zimbabwe.

Unfortunately many of us are black ‘white’ women as we hold positions of privilege. The privilege to have an education, to have internet access, to have running water, the list is endless. These privileges that we are afforded or have afforded ourselves. Privilege in itself is not bad however, ignorant privilege sometimes unintentionally and unconsciously lords over those that do not have. Ignorant privilege is inherently oppressive and subjugates our individualities into checkboxes and attempts to explain the outliers that do not meet its predetermined definitions. Ignorant privilege sets standards and discretizes the individual into statistics that can be used to create nice eye-catching bar graphs. It’s either you are white or black, educated or not educated. Why does well travelled only mean destinations that require a passport? I met so many people who lived in Liverpool who had never set foot in Dover and similarly people in Johannesburg who had never been to the beach. Do you remember that judgement you passed when you heard someone speak for the first time and their accent sounded “ghetto” or “rural”?

Ignorant privilege is incapable of empathy and insensitive to other peoples realities. Do you remember that woman you judged and labelled “wretched” or “dirty” because her clothes did not reach your standards of “fashionably acceptable” or “clean” because her white shirt had a sweat stains from walking? We all do it or know someone who does. I am sure we have met that one person who is labelled “well-travelled” because they continuously refer to their travels when they have arrived home from a trip abroad to people who might not even own a passport . I remember one time, telling the house help how I couldn’t wait to return to London because the African sun was just darkening my complexion. The irony of it all was, I have that sticky caramel complexion that the sun beats down on while she had a rich dark chocolate complexion that oozed of lushness. A skin that worships the sun and hides her age so well polishing her troubles away. I was surprised when I learnt she had a daughter older than me who had a heart condition and relied on her to meet her every need.

Murungu. It took a farm worker who had not passed their fifth grade of education to highlight my ignorant privilege and make me cognizant of the fact that they saw no difference between me and the colonizers of yesteryear. At times education masks our ignorance and inhibits our ability to accept differences because we spend so many years being taught: conformity is the key to success. We enter adulthood being class monitors, looking for noise makers and those without the correct uniform. I told them not to call me a murungu, the term made me feel uncomfortable just like the word “racism” discomforts those who are pale-skinned. I ignorantly took pride in my efforts to balance the seesaw of privilege, I sometimes worked with them doing the hard-grit work under the scorching sun. I altered my accent and speech pattern so they could “understand me better” and we ate together. In the end, in my absence I was still referred to as “murungu”. I had to learn it was not about smudging the differences so we could be the same. Instead I had to accept and embrace that we are a potpourri of beautiful petals and it is in our differences that we enhance the fragrance of the human race.

As I watched the statue plummet into the water, I realized I had to free those that I too had unconsciously oppressed because of my position of privilege. I realized that Black Lives Matter was not only about Whites vs Blacks, it was about ignorant privilege vs unprivileged. I had to accept that conformity destroys singularity and finally put away my prefects blazer. I don’t negate the systematic oppression through colour, however I want to highlight the systematic oppression through classism that is brewing on our continent. Change begins by taking ownership of the situation, like a hatching chick that pecks at the shell, we all have to peck away at the shells of racism, classism and all other ism’s. All Black lives matter, not just those in the Western world, but also those on the African continent. I stand in solidarity not only with the American movement, but with the women that have to wake up at 3am to fetch water or the young men that keep posting their CV’s and refuse to live a life of crime. All Black lives matter, not only those with English voices but also those with silenced voices too. 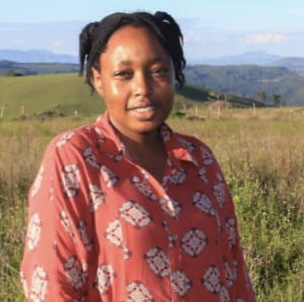 Eye opener
Being the change you want to see..

But you are BLACK. We are all black even though we are technically different shades of brown. White people are Pink. My point is why don’t you want to be associated with the term “black”… Black is just a colour that the oppressor assigned as “bad” but we black people should change the connotation of the colour black. Maybe wearing white to funerals and painting black angels??

There is so much power in names and labels that we don’t realise.
I’m so many things before black – I feel it’s unfair to label a whole race by one attribute. When there are so many shades within the black race itself facing their own difficulties, for example there are some prejudices that a dark skinned woman experiences that a light skinned woman doesnt experience. It will take a lot for us as people of colour to change the stereotypes and prejudices that are associated with being black.
I’m trying to break away from labels that were assigned to me by a system that benefitted someone..maybe I’m crazy.

Wow….perseverance wears out resistance, I nearly stopped reading when it seemed like…..
Anywho I am so glad I read it to the end and understood it, thank you

Thank you, it’s my first blog so I still got my training wheels on.

Black lives matter! White lives matter! Yellow lives matter! Pink lives matter! Ebony lives matter! Red lives matter! And yes, blackest lives matter! Exit the white hegemonic imperialism, and entered blackest imperialism!black people in their own black land have suffered unparalleled savagery in their own freedom than the seething and scathing lashes of Johnnie and his cahoots. From political repression, economic disenfranchisement, to plunder, rape and wanton mutilation of hapless souls, the black man continued to be the monster in the room of the fellow black man until the coming of the sun! @FaithMangwanya, the storms of Black lives matter consciousness in the trumped America only serves us a poetic apocalypse of the worms in our cans and peels off the hood to reveal the hidden faces before our frosted mirrors. Thanx for interposing the crusade into our souls.