If you had asked me growing up to name an architect, I’d probably name a renowned male figure in the field. For a very long time, the construction industry as a whole remained a male-dominated sector like many others. It used to be so uncommon to hear high schoolers say they want to study architecture. Once they graduated, everyone wanted to either become a doctor, lawyer, banker, pilot, teacher, business owner, you name it – those were considered the noble professions in most households. Nowadays a lot has changed, every field of work is slowly accommodating inclusivity – but let’s admit, it’s still a work in progress.

The number of women practicing architecture in Africa is exponentially increasing, they are slowly breaking the boundaries and tackling barriers on the challenges of being a woman in the construction industry. This is why my main focus in this article will solely be on Black women practicing architecture in emerging African countries. These women are underrepresented although they are doing amazingly well in contributing to their respective societies.

In no particular order here is my list of black women that are pushing the envelope of an emerging sustainable African continent on the world map and whose hard work isn’t going unnoticed:

Known by many to be a Quintessential POLYMATH – Chartered Architect, Academic Laureate, Philanthropist, Entrepreneur, Arbitrator, Author, and Radio Show, Host. She is the Founder of AD Consulting, a leading Nigerian-based architecture and design firm, and Awesome Treasures Foundation, an UN-recognized NGO that has empowered over 11,000 women. Some of her work includes the NNPC Towers, the International Conference Centre, Civic Centre, the Nigeria Senate Building, and the Lagos City Hall…

She was one of the first African women to be awarded a Bachelor in Architecture from the Institution after graduating from Pratt Institute, Fifi enrolled at the Massachusetts Institute of Technology where she took some courses before taking a job at Grant Associates in New York City. She then went back to Pratt Institute for her Master’s in Urban Planning before relocating to Nigeria. She is a Neo-traditional Architect, a fashionista, an entrepreneur, and a philanthropist. Upon returning to Nigeria in 1995 she started her architectural firm. The firm, known as Starcrest Group of Companies comprises Starcrest Investment Ltd, Starcrest Associates Ltd, and Starcrest Industries Ltd, all involved in real estate, oil and gas, and building construction respectively.  Among other projects, her company has undertaken is the building of the Spanish Ambassador’s apartment in Maitama, Abuja.

Victoria Heilman is a Tanzanian architect, educator, and founder of VK Green Architects Ltd. She also co-founded a non-profit, Tanzanian Women Architects for Humanity. She holds a Ph.D. in sustainable building practice with a focus on Tanzania. Her research is geared towards pushing for legislative reform in Tanzania’s construction industry. She has also been lobbying for the integration of green and passive design concepts in a new Tanzanian building code.

As a graduate of Rwanda School of Architecture and Environmental Design, her main focus has been on sustainable materials, energy efficiency, and low-cost construction. During her internship at Journeyman International, she alongside Patrice Uwizeyimana proposed a new design for a vocational training facility for victims of HIV at a site in Muyumbo which is near the Rwandan capital.

Following her Ph.D. research at KTH, Stockholm on the housing formations in Kampala, which garnered her the title of the first Ugandan woman to receive a Ph.D. in Architecture in 2008, Assumpta Nnaggenda-Musana started working towards sustainable built settlements and low-cost housing schemes in developing nations such as her own, by leading her design studio and teaching at Makerere University Department of Architecture and Physical Planning.

The first-ever female president of the Malawi Institute of Architects (MIA), She was selected to Malosa Secondary School in 1992 and selected to study for a Diploma in Architectural Technology at the University of Malawi’s Polytechnic for three years in 1997. In 2001, she went back for a Bachelor of Science in Architecture for another three years, in a class that produced the first-ever three female architects in Malawi. She qualified as an architect in 2009 after going through professional practice training and exams (PPT+E).

She is Projects Manager at the Press Trust, Malawi’s foremost local charitable institution that works on buildings offering public benefits, such as in the education, health, social welfare, and housing sectors. Currently, she is a non-executive director of Kang’ombe Investments Limited.

She is the founder and director of Atelier Masōmī in Niamey, Niger, the firm interests lie in designing solutions relevant to spatial problems inherent in the developing world, in a cultural, historical, and climatic way. She is also a founding member of the united4design collaborative office in Seattle, where she worked on two major projects in West Africa. In 2020 she was nominated the president of the jury for LafargeHolcim price for both Africa and the Middle east. One of her well-known projects is the Hikma Religious and Secular Complex in Dandaji, Niger.

In 1973 She enrolled for a degree in civil engineering at The University Gamal Abdel Nasser in Guinea just a month before being one of the chosen 10 beneficiaries of the Fidel Castro scholarship to study architecture in Havana for 5 years. After several years of serving in the public sector she started her firm in 2002 called Archi plus, 2016 & 2018 she was elected The President of The Order of Architects of Guinea also she is a member of the Association of Women Engineers. Among many other projects she has done we can name the extension of la cité des Maisons « Y ».

Born and raised in Ghana she is an alumnus of the Kwame Nkrumah University of science and technology where she studied architecture. She is a wife, mother, artist, architect, entrepreneur, and CEO of ARCHXENUS the first if not only architecture firm run by women. She has 9+years of practice under her belt and she has worked on some amazing projects such as Imperial court, Imperial lodge… Her alluring unique building designs both in residential and hospitality earned her a spot among the top female architect CEO with several award-winning projects.

With 13 + years of active practice under her belt Mrs. Ndiaye is a graduate from l’Institut Supérieur d’Architecture Victor Horta de Bruxelles. She is the first Chadian architect and also the first woman elected president of the National Order of Chad Architects (NOCA) also known as ONAT: Ordre National des Architectes du Tchad in 2019.

Graduated in France, from the Ecole d’Architecture Paris-Villemin, she is a designer and architect, member of the Cameroon architects association (ONAC), and founder of the V.A.A. Villes et Architectures d’Afrique organization. One of her famous works is the “Borne Fontaine” (or water kiosk) which is a permanent fountain located in Douala (Cameroon). This small building is conceived as a public fountain where people can buy both water and food.

Graduated in France from l’École Supérieure d’Architecture de Paris-La Villette, she has worked on several projects both in France and in Mali. In 2005 she started her practice called So Da Architecture, in 2010 she relocated her activities entirely to Mali after several years of working between the two countries. She has worked on construction projects of many presidential villas and also the famous Sheraton Hotel in Bamako

Architect, urban planner, communicator, author, and youth motivator from Togo (West Africa). She is passionate about research in sustainable development, entrepreneurship, and green technologies. Akpedze has been practicing for six years, integrating at best the principles of sustainable architecture and planning. Co-founder of AXE DURABLE and AfriK Durabiliterre, Akuto Akpedze Konou believes to have a unique contribution to research and development in the field of sustainable planning for a positive impact on Africa’s and the world’s development. 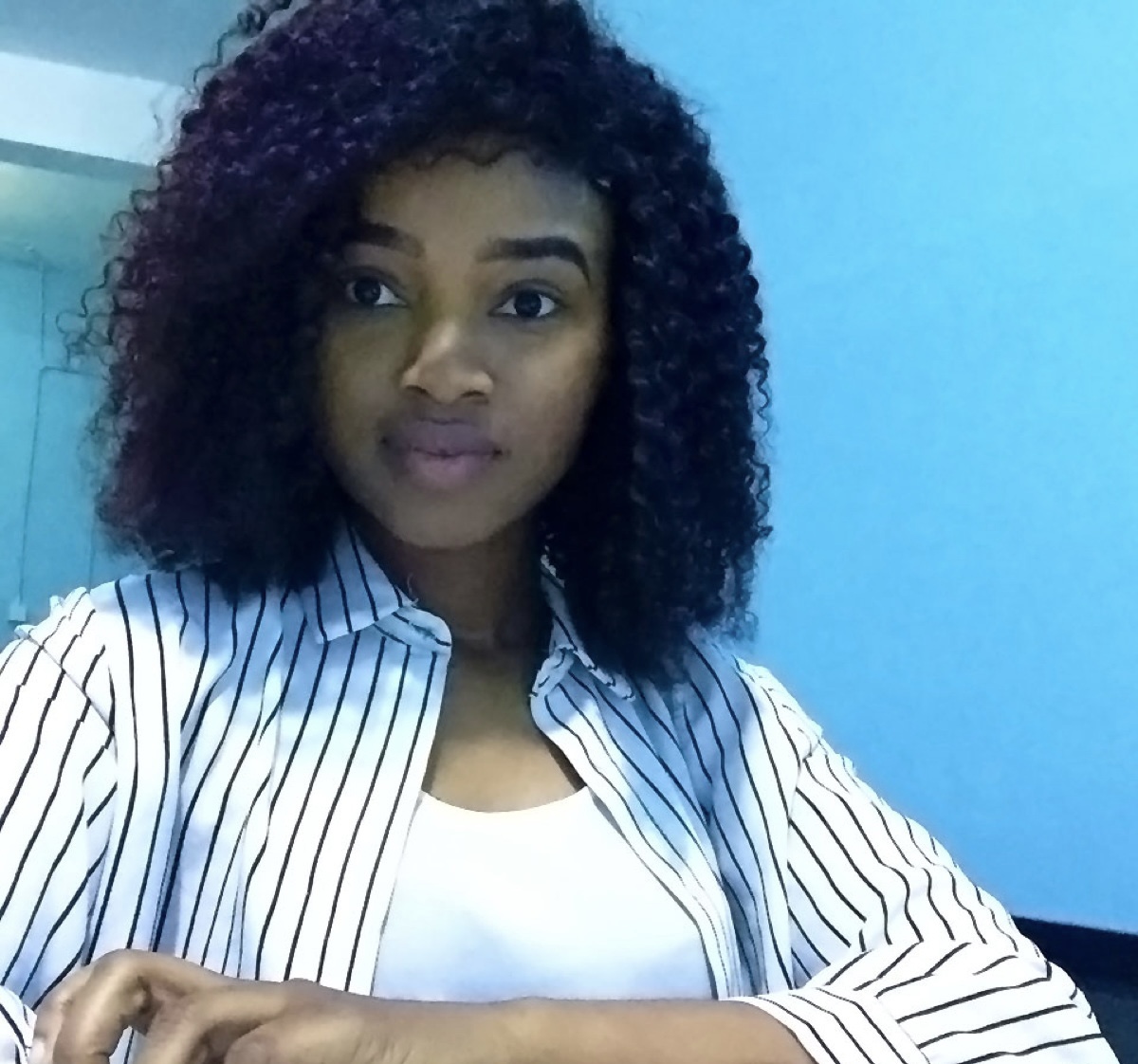